Today, many a decision was made.

We moved the desks, sat down, and spent three hours making good decisions on robot design.

It was decided that the robot would load using an external mechanism, with one stage to bring the totes/recycling containers in, and a claw to hold the totes as an elevator brings them up for most efficient stacking.

The great debate over whether we load through the center of the robot rages on, but, by a narrow margin, it seems like we will not.

We hope to finalize these decisions and lay out space on the robot tomorrow (Saturday), and depart from the shop in time to see the Seahawks game with a robot layout and general design finalized (Go Hawks).

Barring interesting pictures of us working on design and prototype (we talked all day), I will post an image of us getting mentioned on Chief Delphi (thanks Interlake) 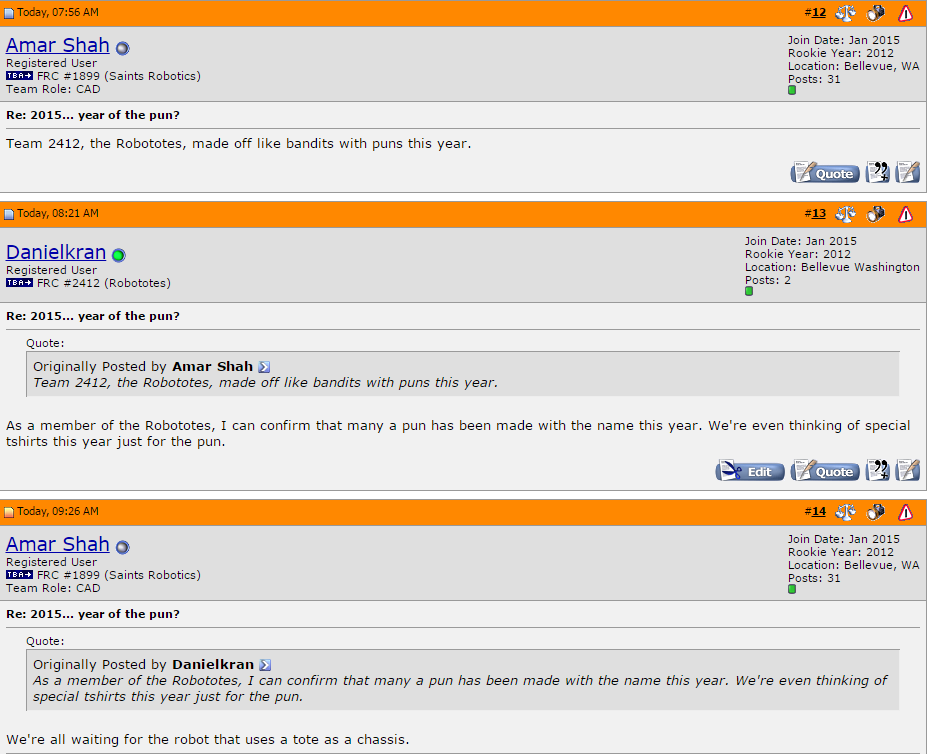