This was a competition of ups, downs, downs, and ups. 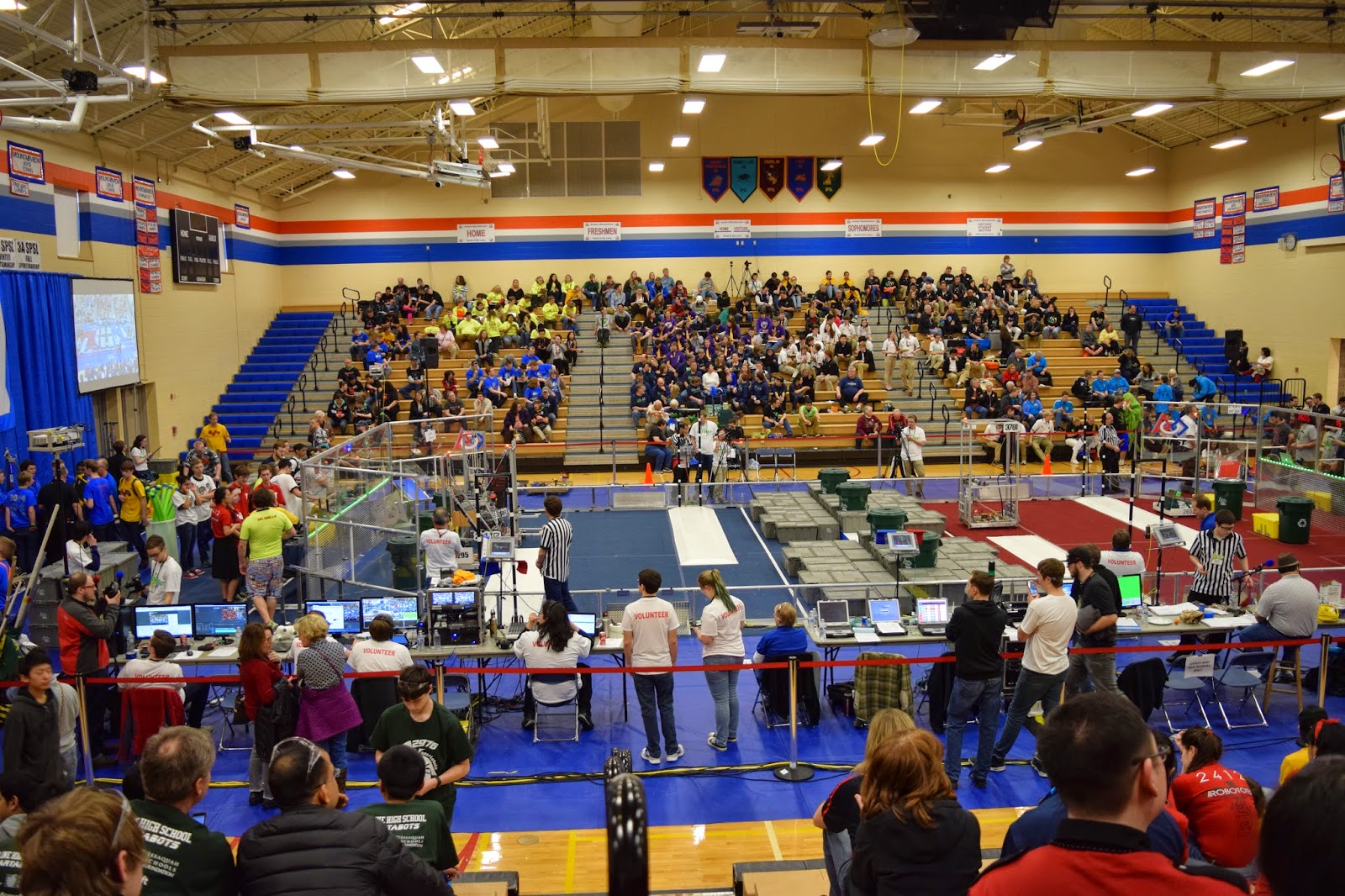 We arrived at the competition late Thursday night with high hopes. We were in the first row of pits, nested comfortably in the midst of elite teams, like Skunkworks and Bear Metal. 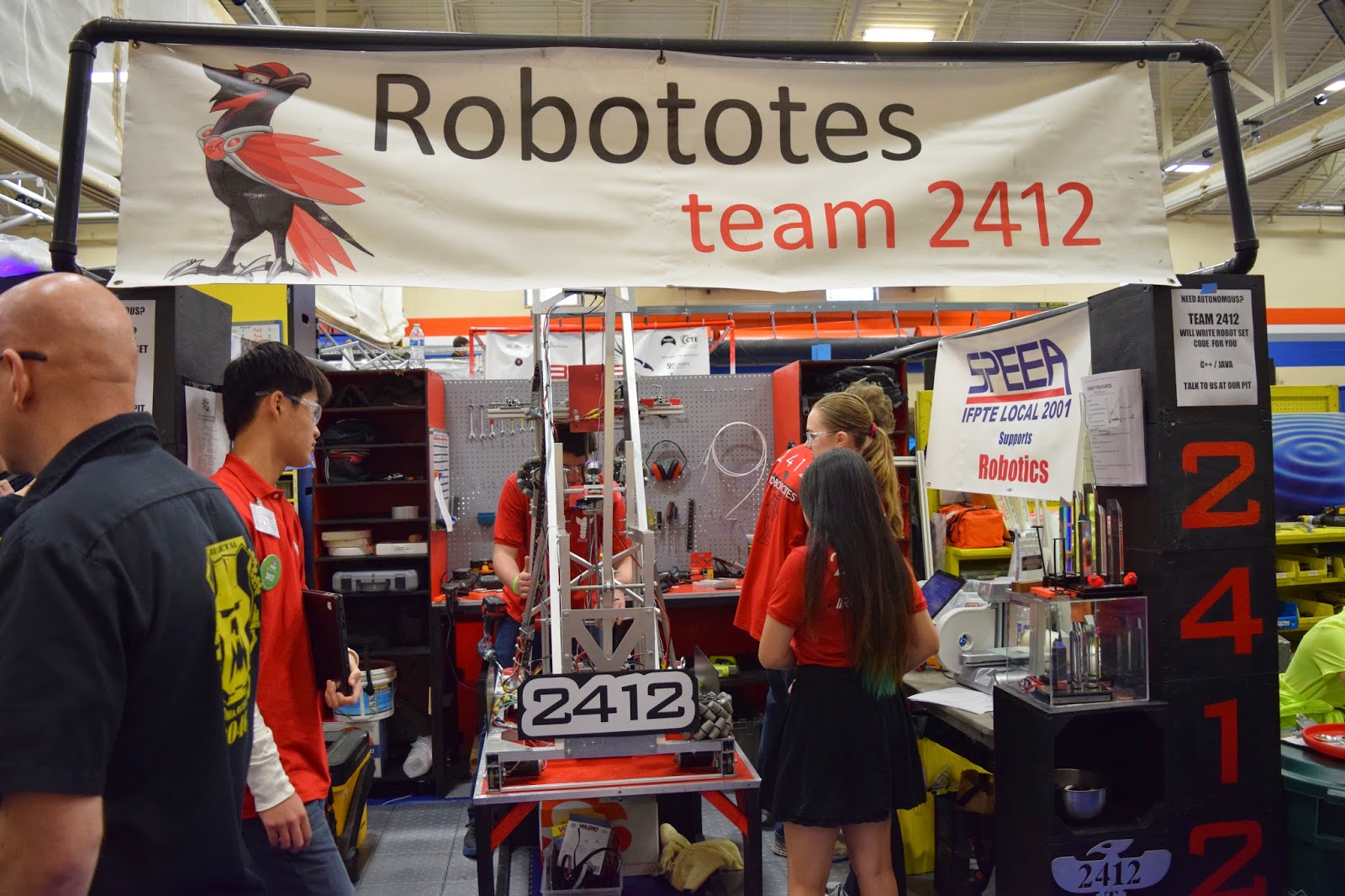 We felt good about our chances and were ready to take on the competition, confident in our excessively loud robot. 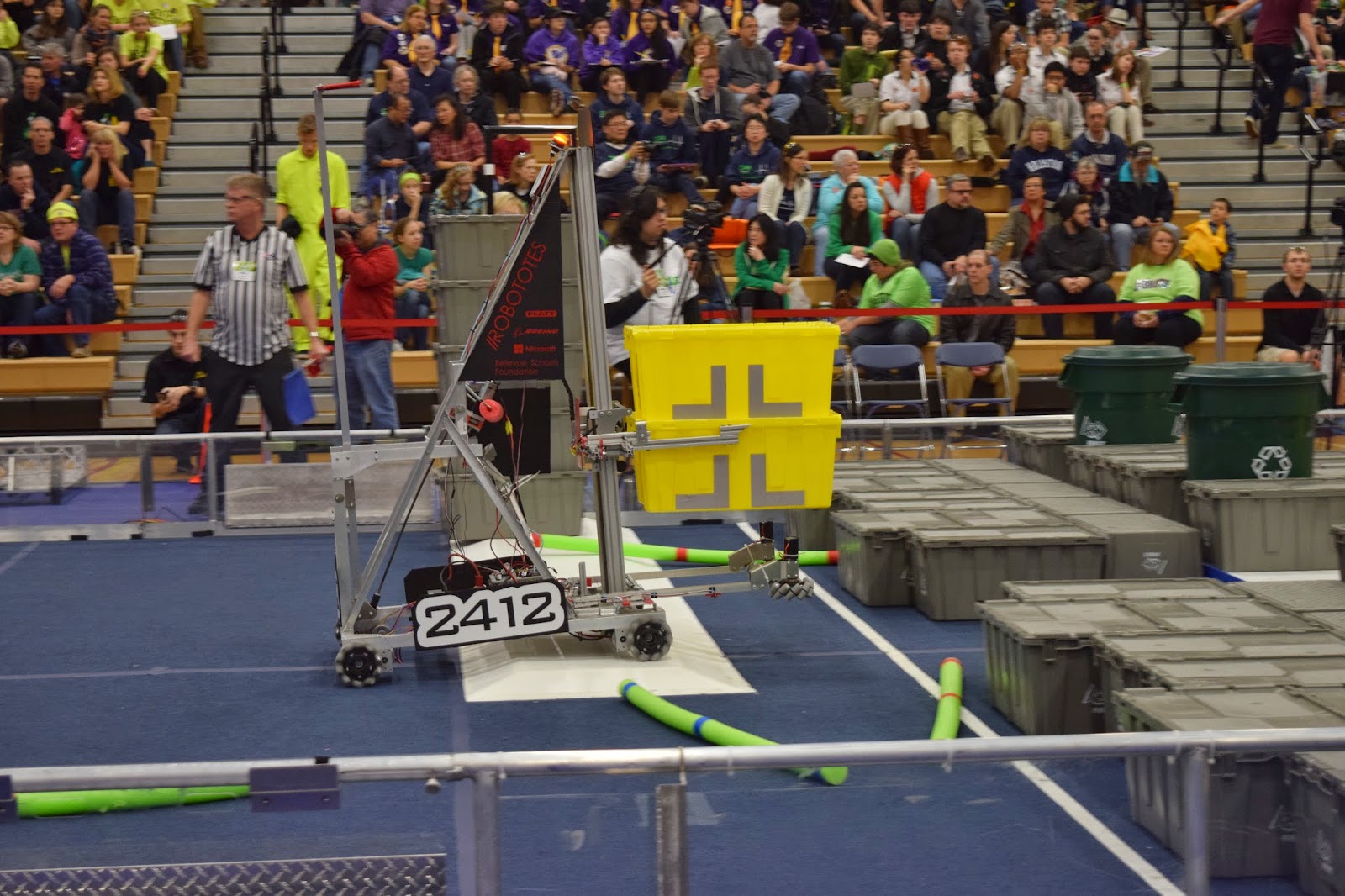 Then the competition happened. Paired with a good alliance the first match, we couldn't get anything going, scoring 0 points. From there it only went up, but we could never escape the bottom ten teams despite a nice run of high scoring matches to close out Friday. By the end of the qualifying rounds, we were showing off the RC Claw in order to demonstrate our value to the high seeded alliances. 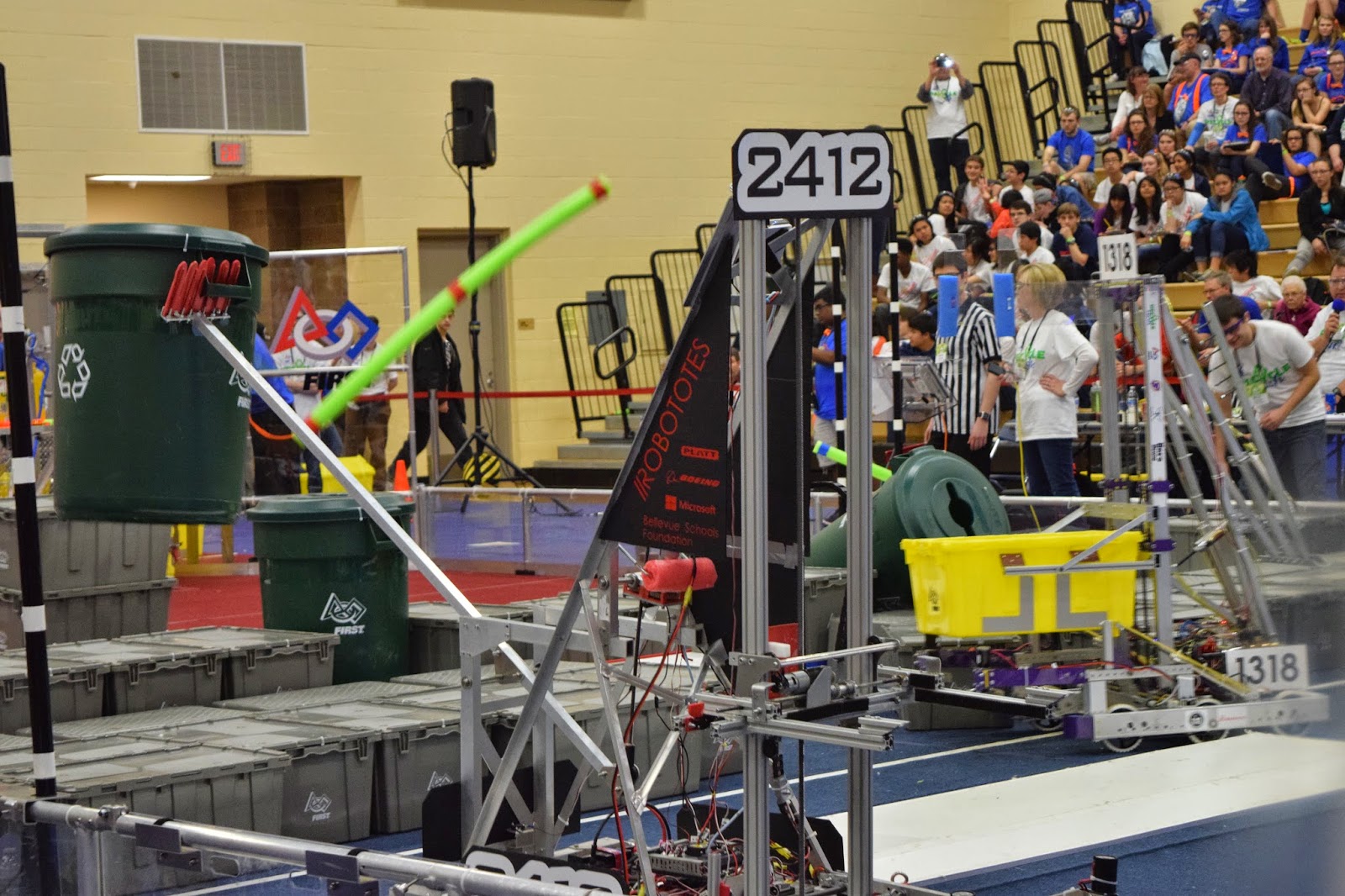 Alliance selection came, and the first round went, then, on the way back around, the fifth seeded alliance picked us, and this is where the good part of the story begins. We joined an alliance with team 2605. The Seabots, and team 4469, R.A.I.D. We scored 60 points in our first match and 63 in our second match, enough to put us in third place and on to semifinals. 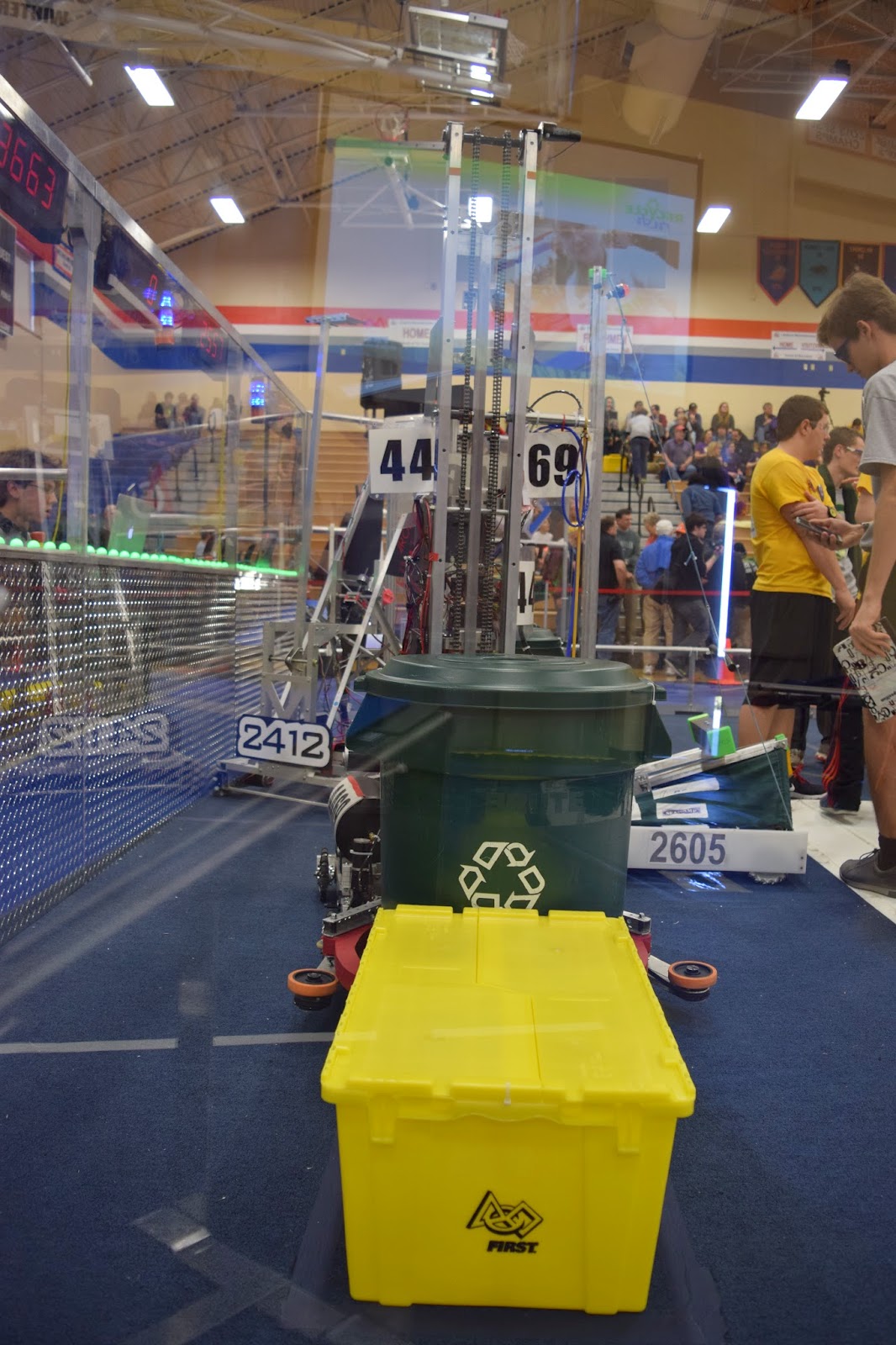 In semifinals, we had two matches of sixty some points before a match in which we scored 91 points.

Sadly, it was not quite enough to put us on to finals, where Skunkworks, IRS, and Bremertron won the competition.

All in all, it was a competition replete with emotions, both good and bad, and we look forward to competing at Shorewood in three weeks.

We would like to thank our amazing alliance partners once more, and thank you everyone for a great weekend. 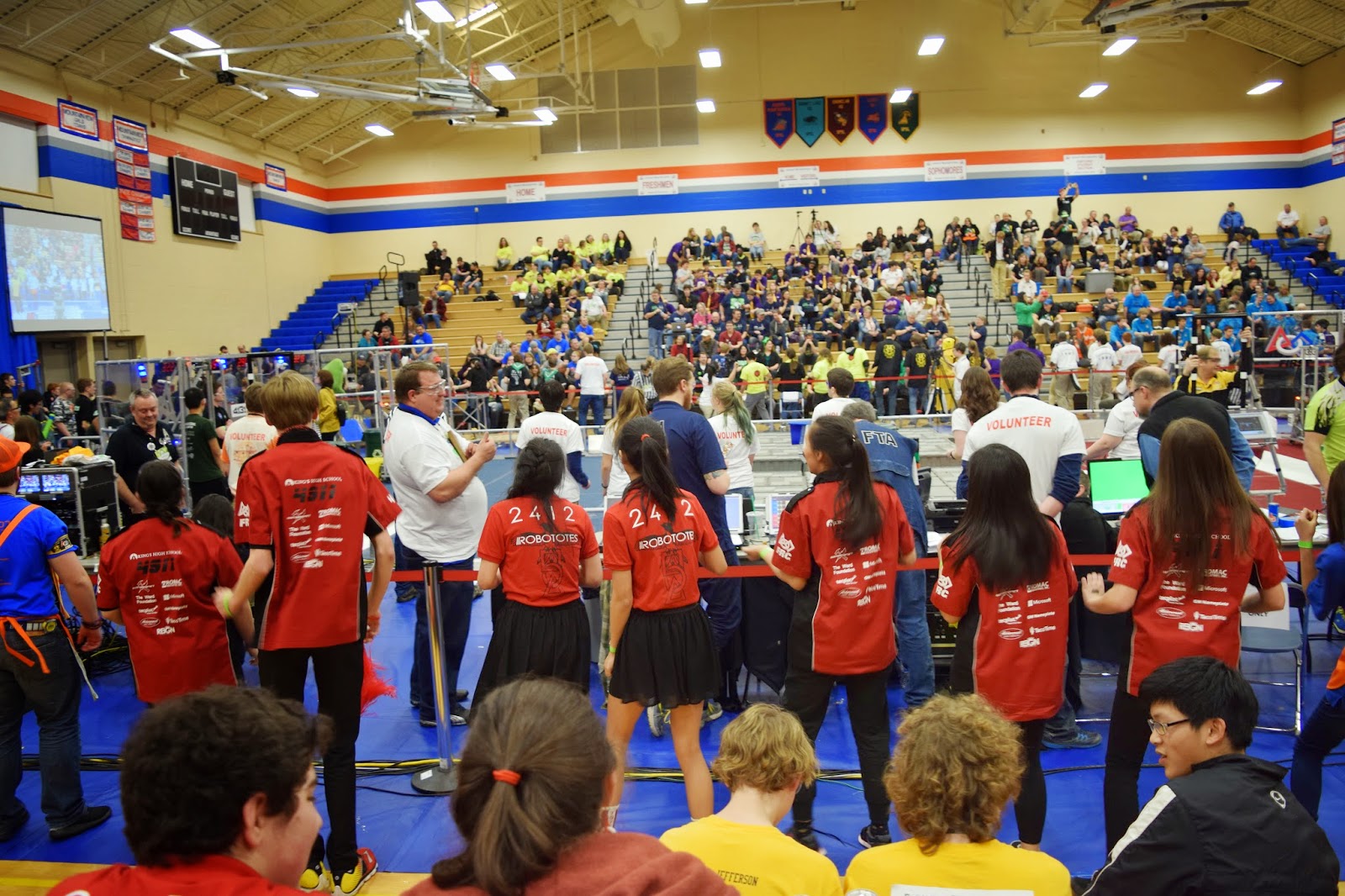 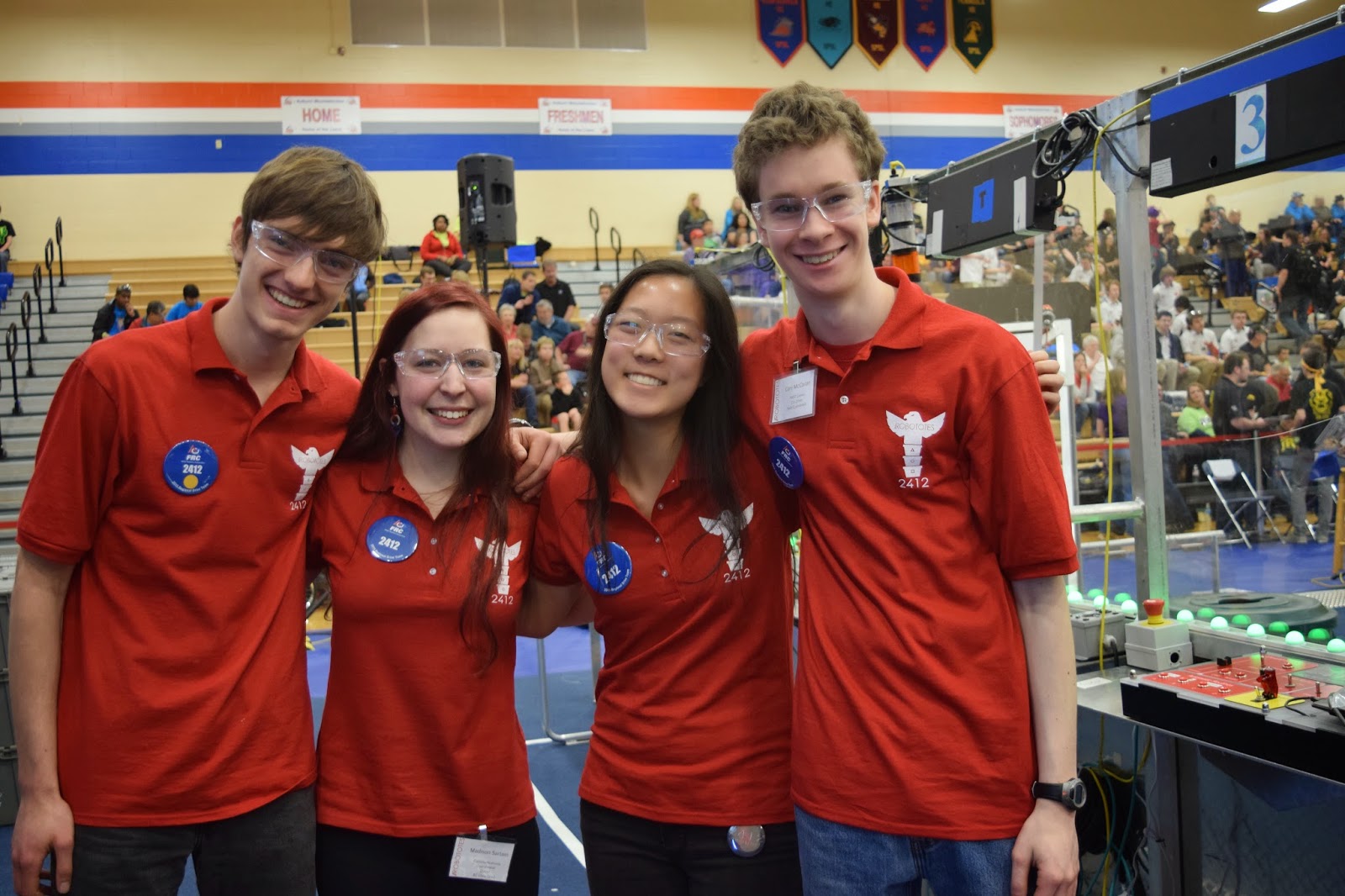 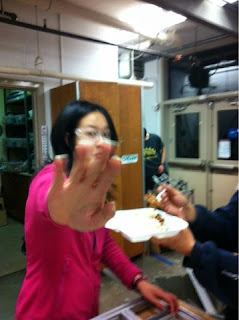 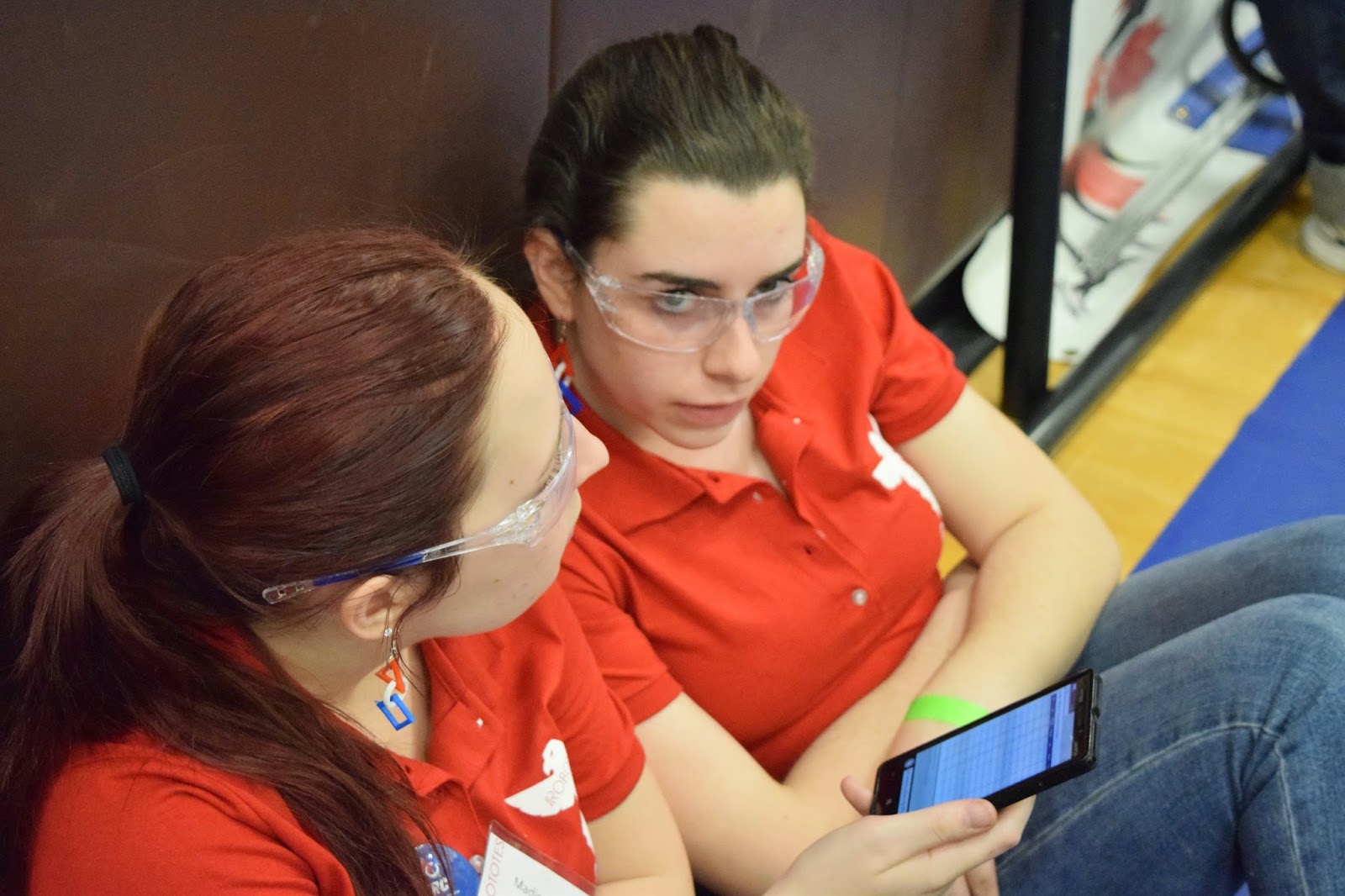 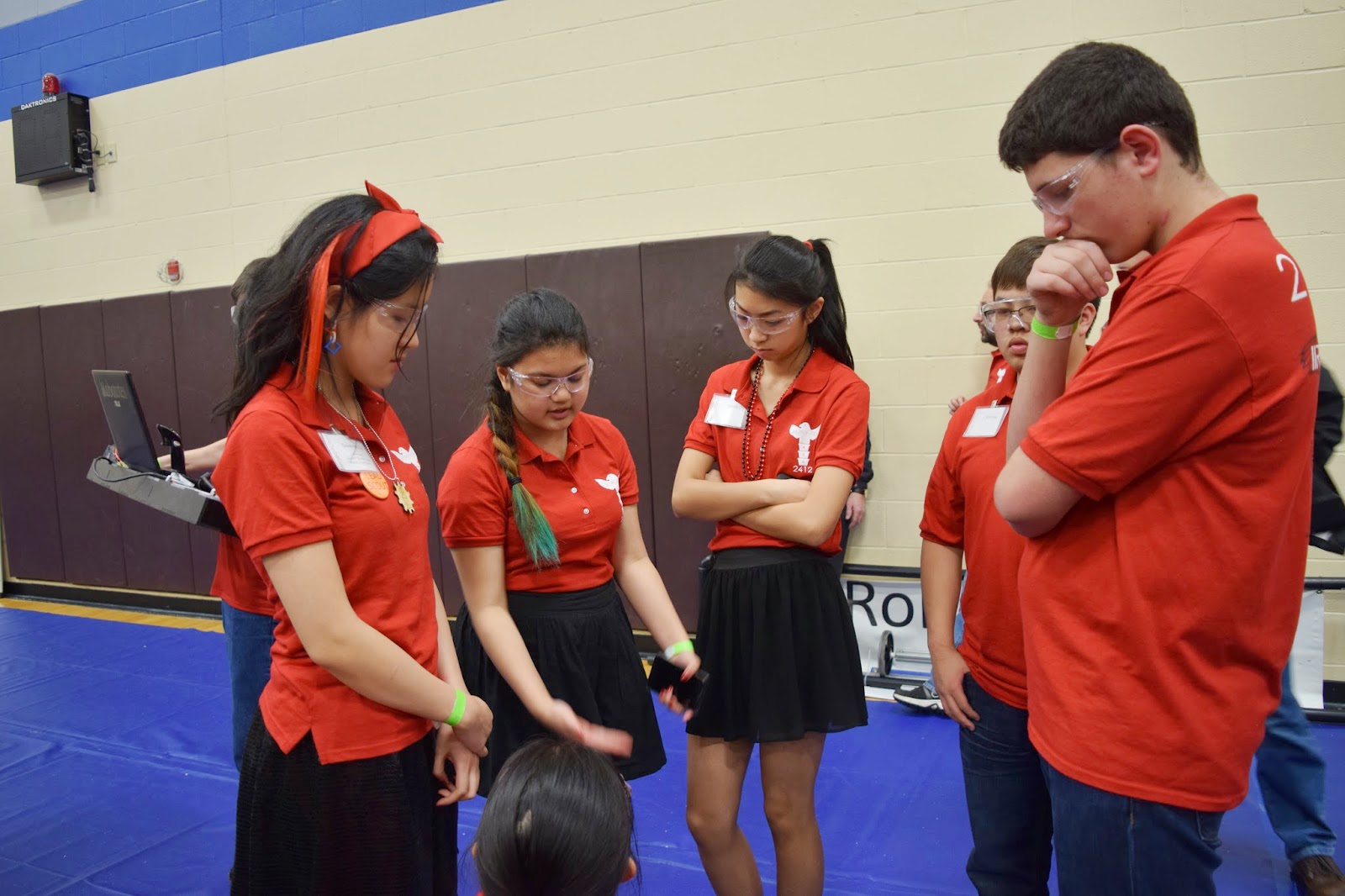 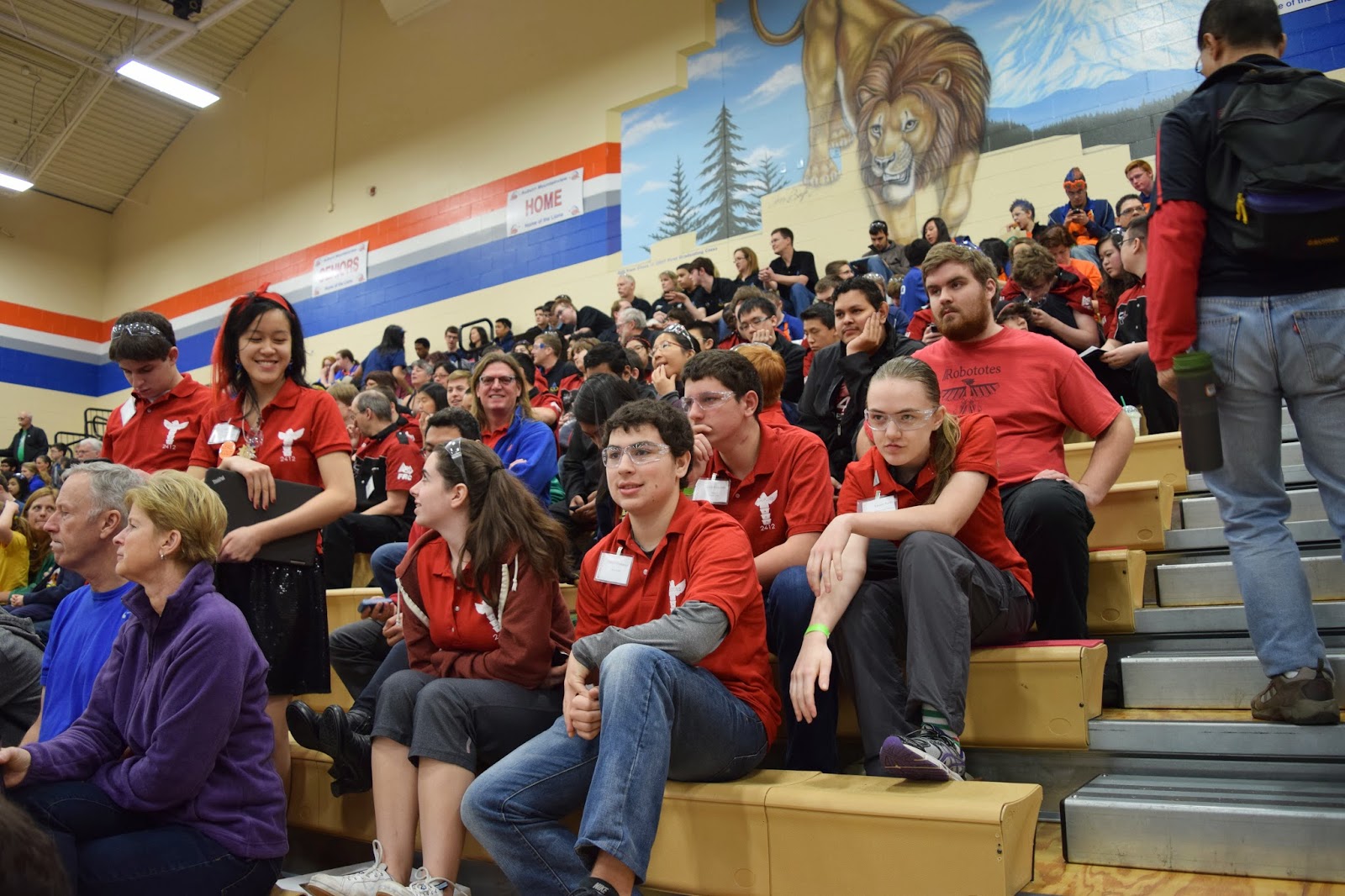 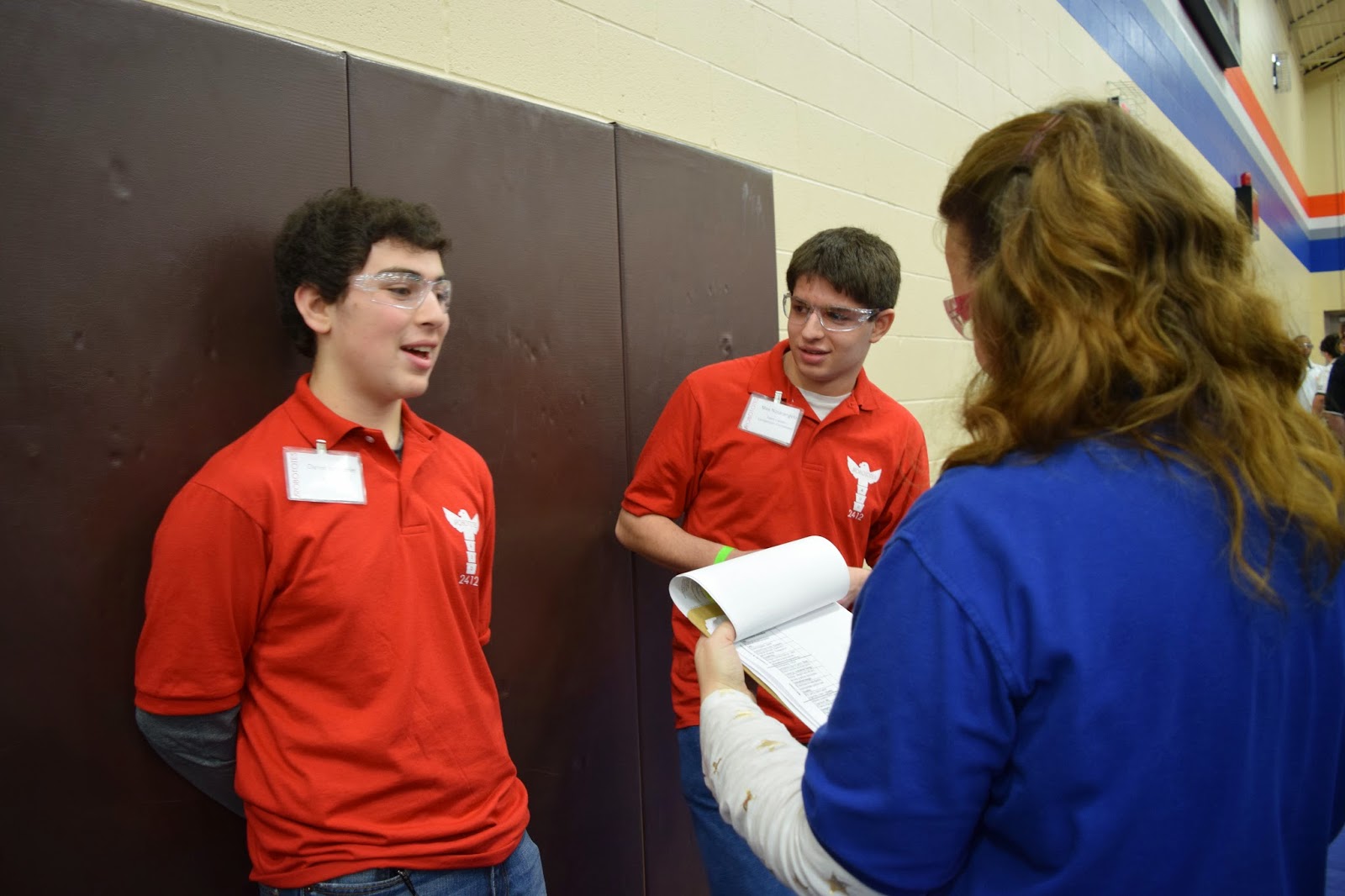 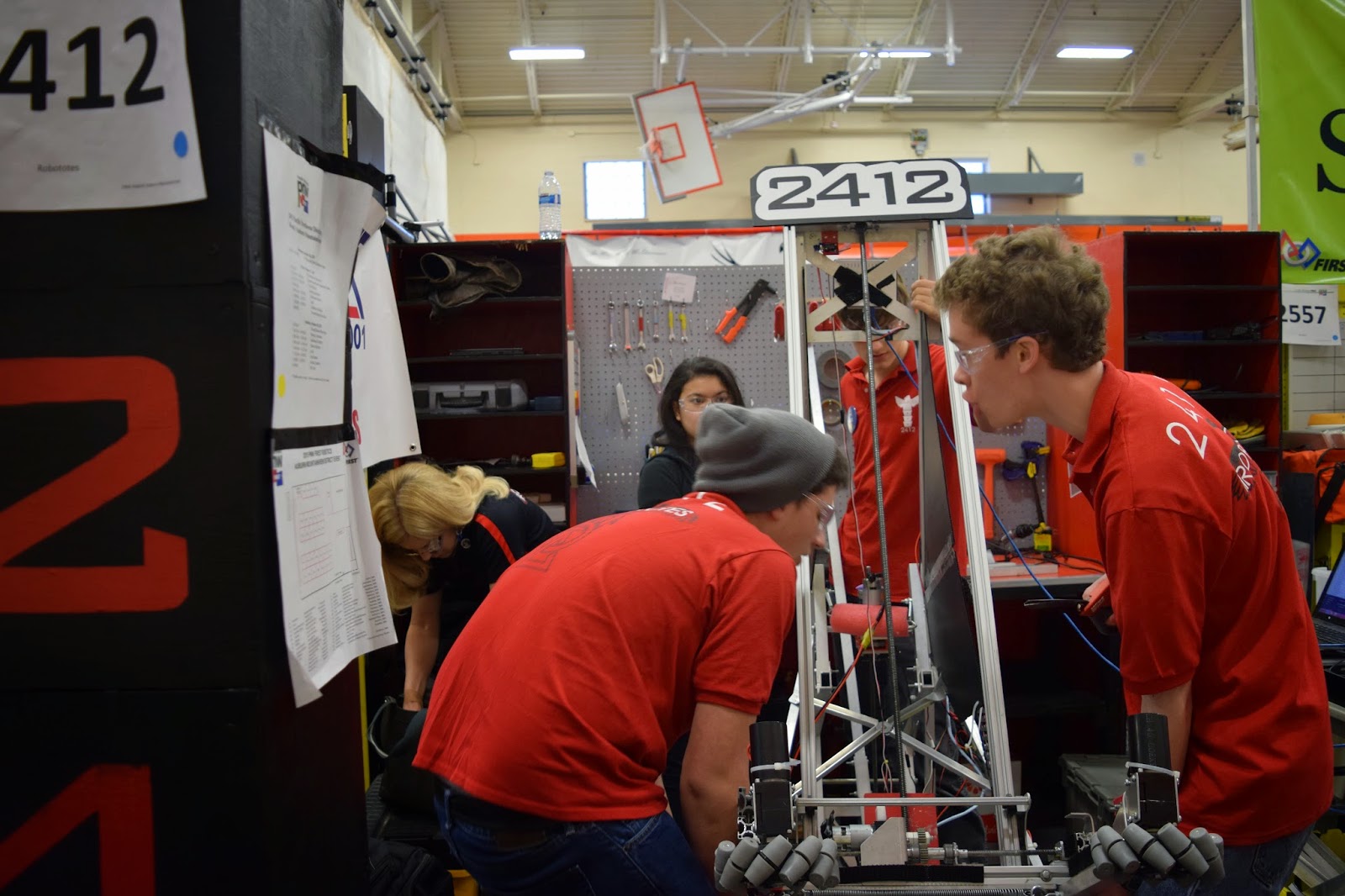