A decision was made today.  The team used a pairwise comparison matrix to come to a decision.  No decision tool can be completely objective in choosing making a decision, and the team could have spent the entire season hammering out the most rational and objective robot designs.  Even a pairwise comparison did not yield the same result both times it was performed, but the team decided it is time to move forward with designs.  As a student leader once said, "designing a robot is not about finding the 'perfect design' but about sticking with a design and perfecting it." 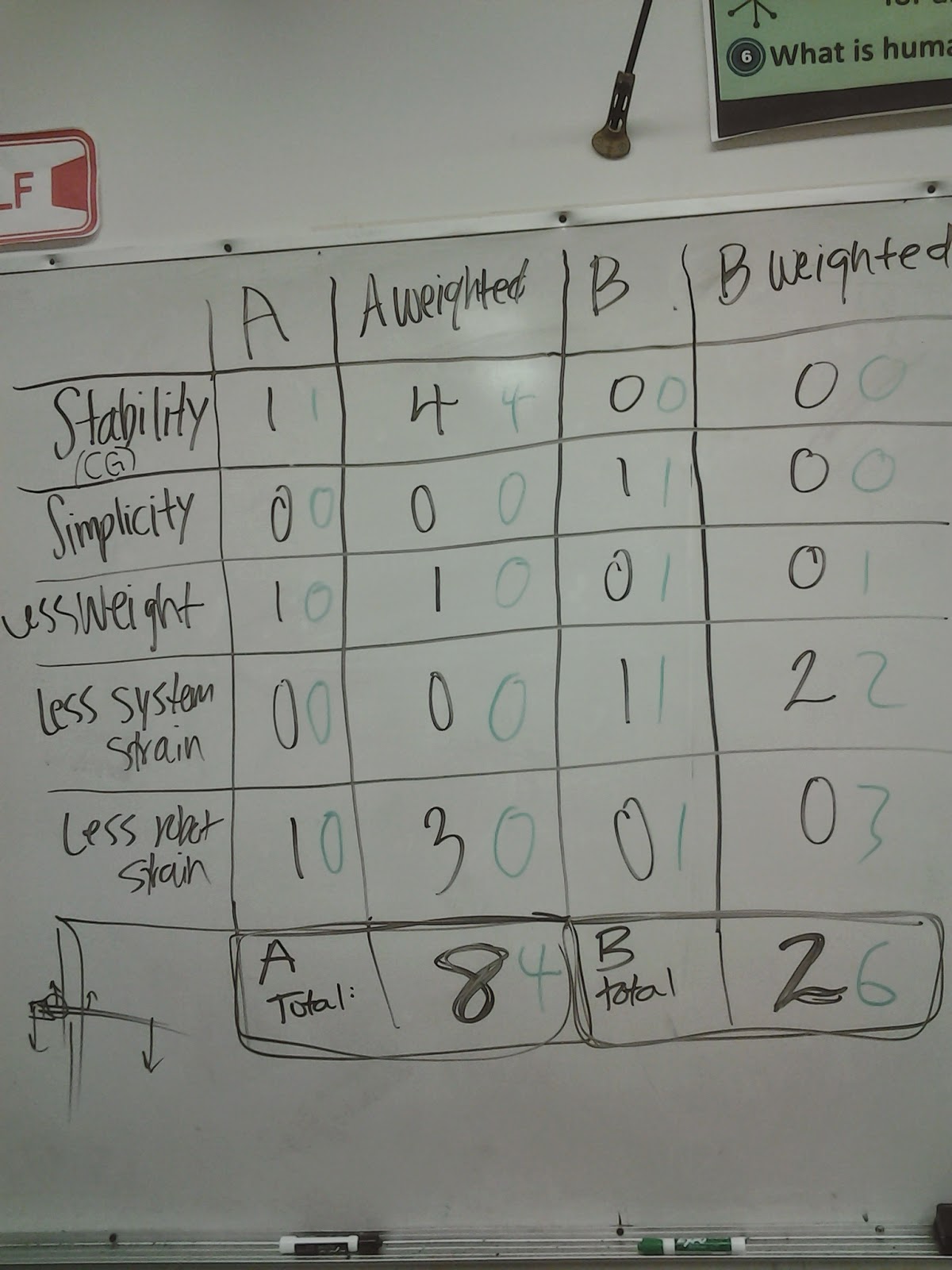 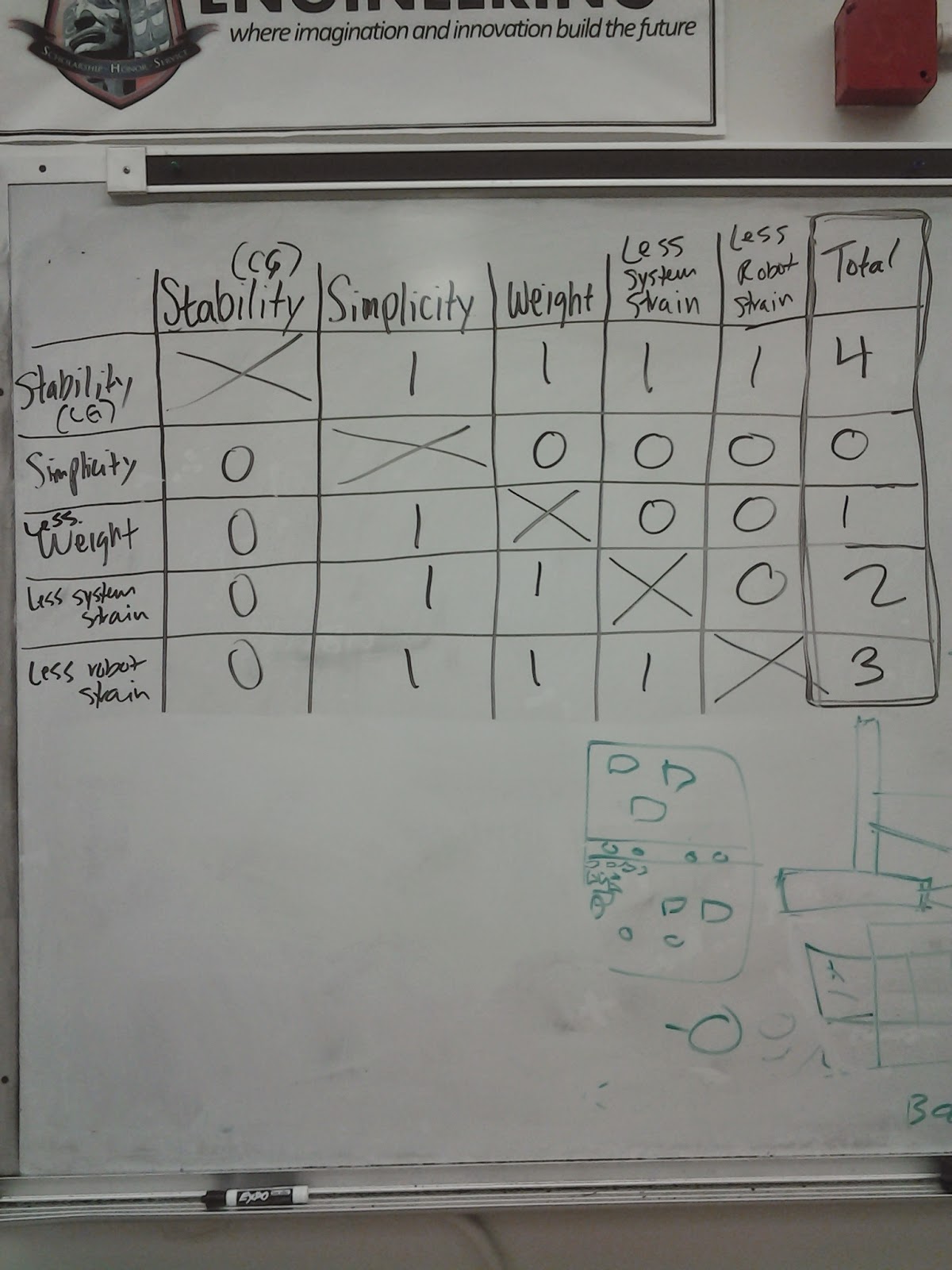 The team decided to continue with our current placement of the elevator system, thus allowing subteams to resume detailing existing design.  The roller intake team experimented with motors of different speeds and torques, elevator team is explored different ways to lift, and gripper/forklift team looked at different sliding mechanisms and materials.  Drive base and claw team continued improving designs.  It looks like we will be granted CAD on our computers soon and systems can be drawn out by next week.

A few team members have fallen under the mysteriously addictive curse of the acme rod.  I, for one, am one of those individuals and admit that I spent over an hour playing with it.  An observant team member wisely called it "the next Flappy Bird."  Below are pictures of the dangerously spellbinding object. 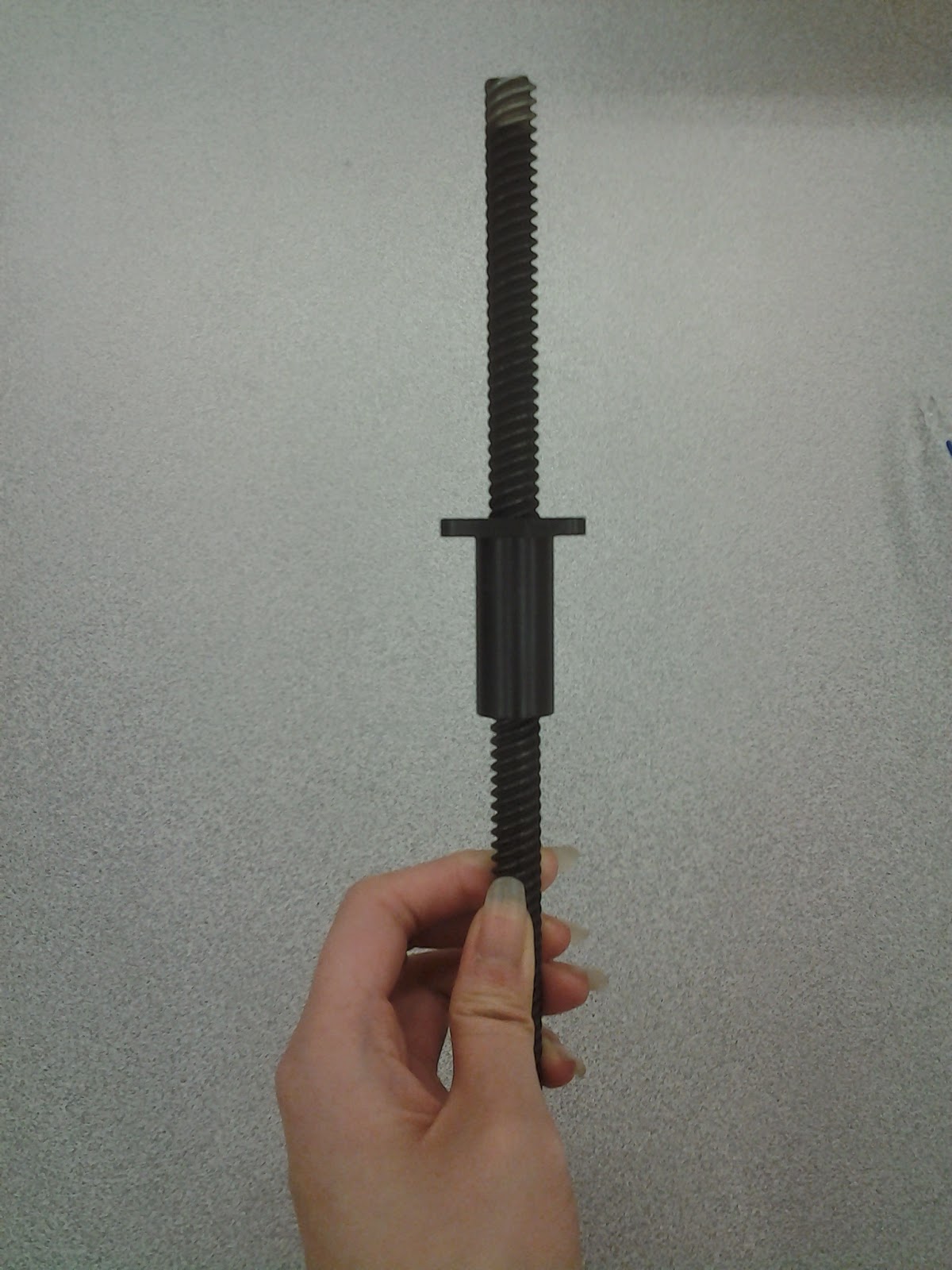 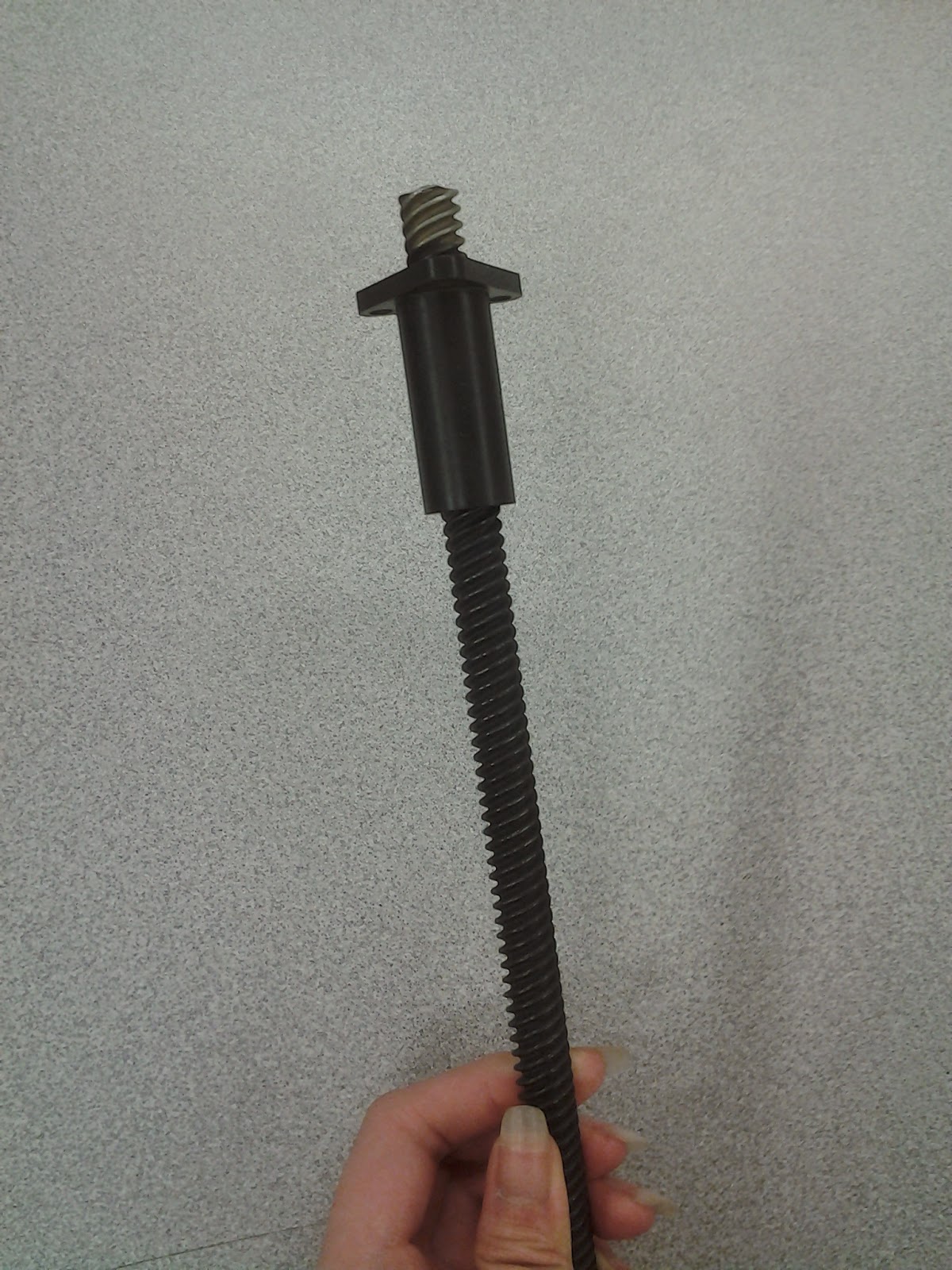 Especially good food today.  Someone called the homemade apple raspberry pie "to die for."  A taste of our dinner conversations to come another time.
Some of our team members also had to leave right at the end of the meeting to attend a basketball game with the band. While there, they saw a very entertaining sight: 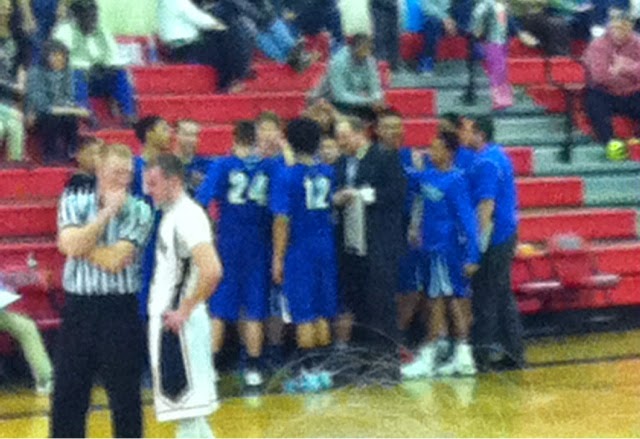